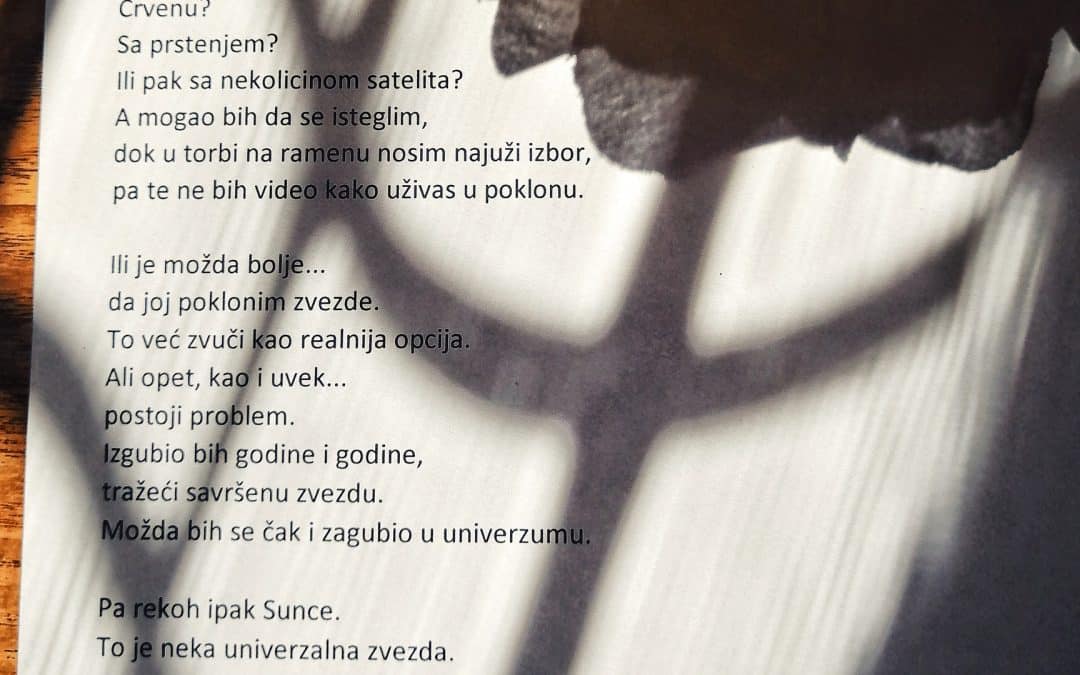 It sits way back in the corner of the shed,
The rust eats away at it’s coating of red.
It tells a story of a brave little boy
And what he accomplished with his favorite toy.

Every day, after eating breakfast with Mommy
Tommy took his wagon down the road to see Johnny.
Johnny was his best friend ever since they were tots,
In good times and bad, of those there were lots!

Johnny was never able to walk, you see.
The doctor said it just would never be.
But Tommy encouraged and helped him to stand
It was their secret, it was so grand!

Then one day Johnny took his first step on his own.
They thought it was time to let their secret be known.
They went down the road to show Johnny’s mother,
His father and sister, and his older brother.

So Johnny sat quiet and pondered this skill
That Tommy had taught him, encouraging still.
His mama would cry that her baby was walking.
He didn’t even notice that Tommy kept talking.

Neither one saw the truck coming down the hill,
Both boys were thinking of Johnny’s new skill.
Then Tommy looked up and saw it was the end
But reached out and pushed hard to save his best friend.

The wagon tipped over, spilling out Johnny
Who then saw the truck just as it hit Tommy
He started to scream, then raised to his feet
Yelled out Tommy’s name and collapsed to the street.

The ambulance took away his hero and friend
The funeral told him that that was the end
Of good times and bad times, and of secret walks
And listening to stories as Tommy just talks.

But Johnny kept Tommy’s picture hung on his wall
And looked up to it every time he thought he might fall.
So Tommy’s still there to encourage him on.
Sometimes it’s like he’s not even gone!

Another thing kept after Tommy passed on
Was his promise to Tommy that one day he’d run.
He may not come in first or second place
But Tommy’d be proud that he’d entered a race.

And once every year Johnny walks up the hill
Remembers that day, screams in his head still.
Then he runs to the shed, behind Tommy’s house
And opens the door, quiet as a mouse.

It sits way back in the corner of the shed,
The rust eats away at it’s coating of red.
It tells a story of a brave little boy
And what he accomplished with his favorite toy.

Comments on this Article/Poem:
Click on the commenter’s name to see their Author’s Page

Congrats BJ for winning the monthly poetry contest. you certainly deserved it. This piece had me on the verge of tears when I got to the bottom line. Anyone who feels like giving up on life and I have on occasion, should definitely read this work.
Thanks for sharing this,

What a message of hope and encouragement. What perfect movement and visualization and rhythm. I may not be an adult, but I can feel such a deep scar from past events. This was a healing balm, reminding me that bad events have their good sides, and people can die for good reasons. Thanks

The first time I read this, I was stunned. I had tears and wanted to comment, but was utterly speachless. I wanted to award points, but thought it an insult to give them without a comment.

Now, I’ve let it sink in and still have tears in my eyes at the fifth reading of this wonderful poem (or did I read it six times now?). It makes me numb and keeps my faith alive in the good of mankind. There’s nothing like the “goodness” in children, eh? And the healing power of faith… funny how some people should never have survived something, but when they believe they can… they often do. Or vice versa… when they had the odds at their side and should never have failed, but when they believe they can’t… they often don’t.

Thank you for sharing this one… as always… you are an amazing writer!

B… I’ve got a blue wagon from my childhood rusting away in my back yard. Once there was a shed, now long gone, but the wagon still remains!! I guess I always kept the wagon cause it brings back memories of youth. I’ll look at that wagon and think of your wonderful poem. Greg Kis

I don’t know what to say… I started reading and I thought of nothing but pleasant thoughts and then wham just like that they were run over by a truck. Great story. I shouted as I was reading when Tommy got hit. I made a shrieking sound because I already had a vision of the story and it totally shocked me. Tommy really was a hero, but you’re mine for bringing such a story to life like that!

I am sitting here reading your beautiful bittersweet poem with tears falling from my eyes. It hits home for me as I have two virtually useless knees and a movement disorder to boot.

As I return to read your poem as I surely will, it will always be an inspiration to me as it was today.

Thank you from the bottom of my ever lovin’ heart.

Please read “If You Were Looking For Her” in my book “Echoing Footprints”. I would appreciate it.
It is similar, though not as good, as this. I think it might touch you.

Beautifully written! A winferful story. You have talent!

It’s six am and I have tears in my eyes. This is a very moving story, also a well written one.
I could clearly ‘see’ the tragic event, but just as clear is the message of hope.
Brian J.

Oops, I didn’t give the points I promised. Actually I did; I selected five points, but because I didn’t have that many, the system awarded none. Sorry.

WOW! I don’t know what else to say. WOW! This brought tears to my eyes; so well written and such a great story. I love poems that tell stories, and this is one of the best I have read in a long time.
Sorry, but I only have two points in my collection, but they are yours. I may be poor in points, but rich in praise.